“Blown Away by What We’re Seeing”

Brantley, along with Andrea Lilley, the executive director of Instructional Services for the district, share their thoughts on Wit & Wisdom and the important role it has played in its first year for their schools.

What prompted you to seek out a new English language arts curriculum for your district? How did you know you needed something different?

Brantley: We were looking for a new ELA program to strengthen the core, so we would be more compliant with the framework of multi-tier system supports (MTSS). We knew we didn't want a basal. We knew we needed a curriculum that would be vertically aligned, K–8, and Wit & Wisdom, honestly, was one of the few programs that did that in the way that we wanted it to be done for our students.

Lilley: We also knew we were not reaching the students that we needed to reach. We knew our core program we had in place was not strong. We were also already using Eureka Math/ engageNY … with great success.

What were some of the challenges facing your district prior to your decision to adopt a new curriculum?

Brantley: There were various challenges we faced as a district. We knew that change would be difficult.  We knew that we wanted a curriculum that was rigorous and rich in vocabulary and that provided integration of other content areas, as well as a structured writing component.

We were also faced with finding something that could be adopted K–8. We needed something that was going to be vertically aligned to make learning new content easier for our students. Having routines, acronyms, and graphic organizers that are the same no matter what grade is so important. Wit and Wisdom provides that structure!

One other challenge was finding a curriculum that had diversity. We have a varied population in our district and we wanted something that would reach all learners.

We were also faced with low test scores as a district. We haven’t had significant change in our district for many years. Our test scores had flatlined or even dropped in many cases. We needed to up our game!

During your first year of implementation, what has been the most noticeable shift you’ve seen in the classroom thus far?

Brantley: Writing, writing and vocabulary, vocabulary! The amount of writing our students have produced this year is amazing. Not only the quantity, but the quality has far surpassed anything we have seen in a long time in our district. Within that writing, we see students using vocabulary words that they have learned during the modules. Not only are students using those words in their writing, but they can also tell you what they mean.

Lilley: Yes, we had a writing plan, but it was not anything that was a daily or weekly activity. It was more like a nine-week activity.

Brantley: That's right. Or something you got to when you had time. And the biggest thing is there wasn’t anything consistent from grade level to grade level on how to develop a paragraph or write a topic sentence.

And so, when we found Wit & Wisdom, we saw the writing strands starting in kindergarten and the ELA layers that would build over time. We both know children in high school who cannot write a well-developed paragraph even as juniors.

So, we knew that was something we wanted our kids to be able to do, because the connection between reading comprehension and writing is extremely strong and together indicate the highest form of comprehension. If a student can’t write a well-developed paragraph about what they've read, then we knew that's something we needed for our kids. So far, we have been blown away by what we're seeing.

What are you hearing and seeing in your schools and classrooms right now?

Brantley: In North Carolina, we do in-class assessments. There are two components, including a writing component and component for reading accuracy and fluency. There's also a separate component for reading comprehension, but students respond to questions in written form. And students are scored based on a rubric. … We just finished our middle-of-the-year assessments, and we had a couple of teachers send us e-mails saying that they could see already the transfer of what their kids had been doing in the classroom over to their TRC written responses.

In less than one year, the teachers, coaches, administrators, and students in Beaufort County, North Carolina, are noticing a change when it comes to ELA instruction. “Just by walking down the hallways and seeing the paragraphs that kids are writing, we're just amazed at what we've seen so far—just in first-year implementation,” said Brantley. “We're very excited to see what's going to happen next year when there'll be more layers added.”

The district’s adoption of the new curriculum—which vertically aligns across grades and integrates reading and writing—is poised to have a lasting impact for its young learners, empowering them to be successful readers, writers, and communicators. 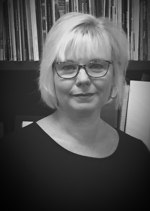 Suzanne Brantley is the reading instructional specialist at the Beaufort County School District. She has taught first, second, and third grade previously. 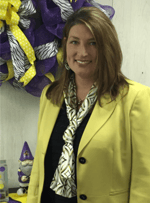 Andrea Lilley is the executive director of Instructional Services at Beaufort County Schools. This is her sixteenth year at the district.